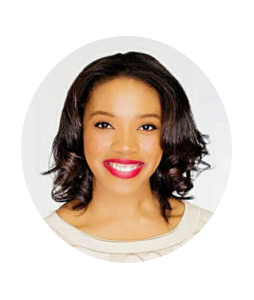 It’s that time of year: the time for gift-gifting. Bah humbug. For many, December is going to be one of the most expensive months of the year with Christmas gifts forming a large chunk of it. Not only can buying gifts be expensive, but it can be daunting, especially when buying for progressives or devoted Democrats. These folks want their presents to reflect their values. Stumped on what to get someone? Don’t worry. Cultivote’s got you covered this holiday season. I’ve prepared a list of ten gift ideas that are both thoughtful and economical. All suggested gifts are under $30! But be warned–some of these items may end up on your wishlist or worse, in your cart. Check out Cultivote’s 2018 Holiday Gift Guide below: 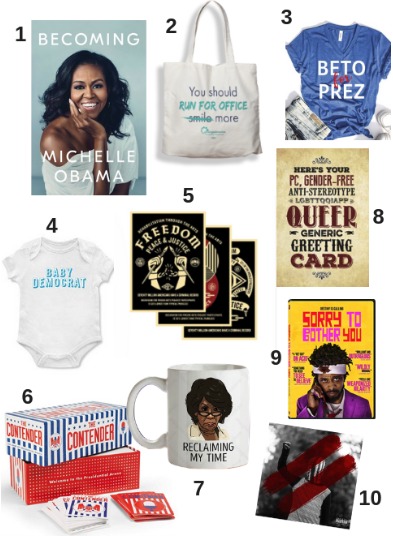 Described by many as intimate, powerful, and moving, this memoir chronicles Obama’s years growing up on Chicago’s South Side, her career as a lawyer, and her years in the White House as the First Lady. Becoming sold more than 1.4 million copies in its first week, surpassing the Trump administration tell-all Fear: Trump In the White House by Bob Woodard. Obama’s book is also available in Spanish. Listen to Obama’s interview with NPR’s Audie Cornish about her new book:

This tote bag is sold by Emerge America, the nation’s premier organization that recruits, trains, and provides a powerful network to Democratic women who want to run for office. Women account for only 24.8 percent of state legislatures. Not only will you be gifting someone with a conveniently cute bag, but you’ll also be giving the gift of social change. All proceeds from purchase of this product will go toward Emerge’s operating expenses and will help launch community-based affiliate programs in various states throughout the U.S.

On Tuesday, November 6, 2018 Rep. Beto O’Rourke was narrowly defeated by Sen. Ted Cruz in the race for Texas U.S. Senate. During his 19-month campaign, Beto smashed fundraising records and became a national political rockstar. As a result, supporters have been nudging him toward a 2020 presidential bid. Although Beto hasn’t confirmed he’ll do it, he hasn’t ruled out the idea just yet–in fact, he’s considering it. Beto backers are watching closely and waiting (not quietly). They’re cheering him on in tweets and t-shirts. I’m pretty sure there’s a ‘Betomaniac’ near you. Be generous this holiday season and gift them with this fan-made unisex shirt (iPhone cases are also available at Democrashirts).

Other Democrats at the top of the 2020 presidential speculative list are former Vice President Joe Biden, Massachusetts Sen. Elizabeth Warren, California Sen. Kamala Harris, New Jersey Sen. Corey Booker, New York Sen. Kirsten Gillibrand, and former San Antonio Mayor and Secretary of Housing and Urban Development Julian Castro. Maryland Rep. John Delaney has already announced and is gaining ground in Iowa. You can get a shirt for either one of the speculatives here.

This is a great gift for parents that just welcomed a newborn, for parents that are concerned about their brand-spanking new Gen Alpha’s future political ideology. Or their level of political engagement. Sure, they’re not old enough to vote, but it’s never too early to start passing on those values. This also makes for a  great conversation starter. Instead of “Your baby is sooo cute!” folks will say “I’m an adult and I can’t even figure out whether I’m a Democrat or Republican!!” Take the kid’s advice–lean left.

Remember the iconic “Hope” poster  from Barack Obama’s 2008 presidential campaign? It was designed by Shepard Fairey, an American contemporary street artist, graphic designer, founder of OBEY Clothing, and activist who emerged from the skateboarding scene. For over a decade he’s been a major supporter and contributor to organizations  such as ACLU, Planned Parenthood, and Feeding America. Lucky for you, this captivating set of posters are free and available in digital form. Don’t stop here, though. There’s plenty more to explore at Shepard’s Obey Giant store.

6. The Contender: The Game of Presidential Debate, $25

The Contender is a U.S. presidential election debate-themed social card game. Every card you play is based on a real quote from a U.S. politician; from George Washington to 2015. It’s a performance game that doesn’t require knowledge of politics, debate, or improvisation. Introverts and extroverts can evenly compete and it can be enjoyed by those with differing political views. So, this is a game that doesn’t start fights? That’s right. It’s also family-friendly and guaranteed to make you laugh-out-loud. Expansion packs of the game are also available here.

California Rep. Maxine Waters–also affectionately known as “Auntie Maxine”–got a lot of attention last July when she interrupted U.S. Secretary of the Treasury Steve Mnuchin during a House Financial Services Committee hearing. Rep. Waters asked why he hadn’t responded to a letter Democrats sent him asking for information about President Trump. Committee members are allotted a set amount of time to question a witness. Waters became frustrated with Mnuchin’s roundabout answer, which was filled with flattery and other stalling tactics–he was using up her time. Again and again she demanded “reclaiming my time” as Mnuchin spoke over her.  Water’s “reclaiming my time” refrain sparked social media hashtags and viral memes that quickly spread to t-shirts, songs (here’s a gospel mix), and now coffee mugs. This mug is for every woman that’s experienced gender bias at work, for anyone that’s had their time wasted by others. Let’s drink to that!

Where can you buy greeting cards for your LGBTQ friends and family? CVS? Walgreens? Depends on the location. Target? Slim pickings. Walmart? Nope. No major greeting card company carries a line of cards geared toward members of the LGBTQ community, except for Hallmark, but even those cards are stereotypical. It can be frustrating trying to find cards that are representative of the wide spectrum of LGBTQ experiences. That’s where Kweer Cards comes in. Kweer Cards was founded by New York musician Derek Bishop in an effort to bring communities together. These witty creations definitely put a twist on greeting cards for a diverse population and there’s one for every occasion. For those looking to go a step further there are also greeting card lines ran by LGBTQ people of color/women such as Gay Greetings.

On July 24, 2012, James Germon Harper, an unarmed black man, was shot to death by a Dallas police officer. Harper was the cousin of Def Jam rapper and Dallas-native Bobby Sessions. Since his cousin’s death, Sessions has spoken on the unarmed killings and injustices of African Americans. Sessions recently released an awe-inspiring new project, RVLTN – Chapter 2: The Art of Resistance. The EP is part of the RVLTN series; Chapter 1 was released earlier this year. RVLTN – Chapter 2 is a passionate six-track offering, that confronts systemic racism and materialism in the rap industry and demands a call to action. Cultivote favorites are the dizzying “Same Oh,” “Material Lies,” and “Dirt on Your Trophies,” which is a soulful delivery on a jazz-fused beat sampled from OutKast’s “Elevators.” All in all, the whole project is clever, thought-provoking, positively aggressive, and authentic. It’s worth a listen from beginning to end. Give the gift of perspective. Check out the EP below: